It appears that your cart is currently empty!

Benefits of a Using Copper Tongue Cleaner in Ayurveda 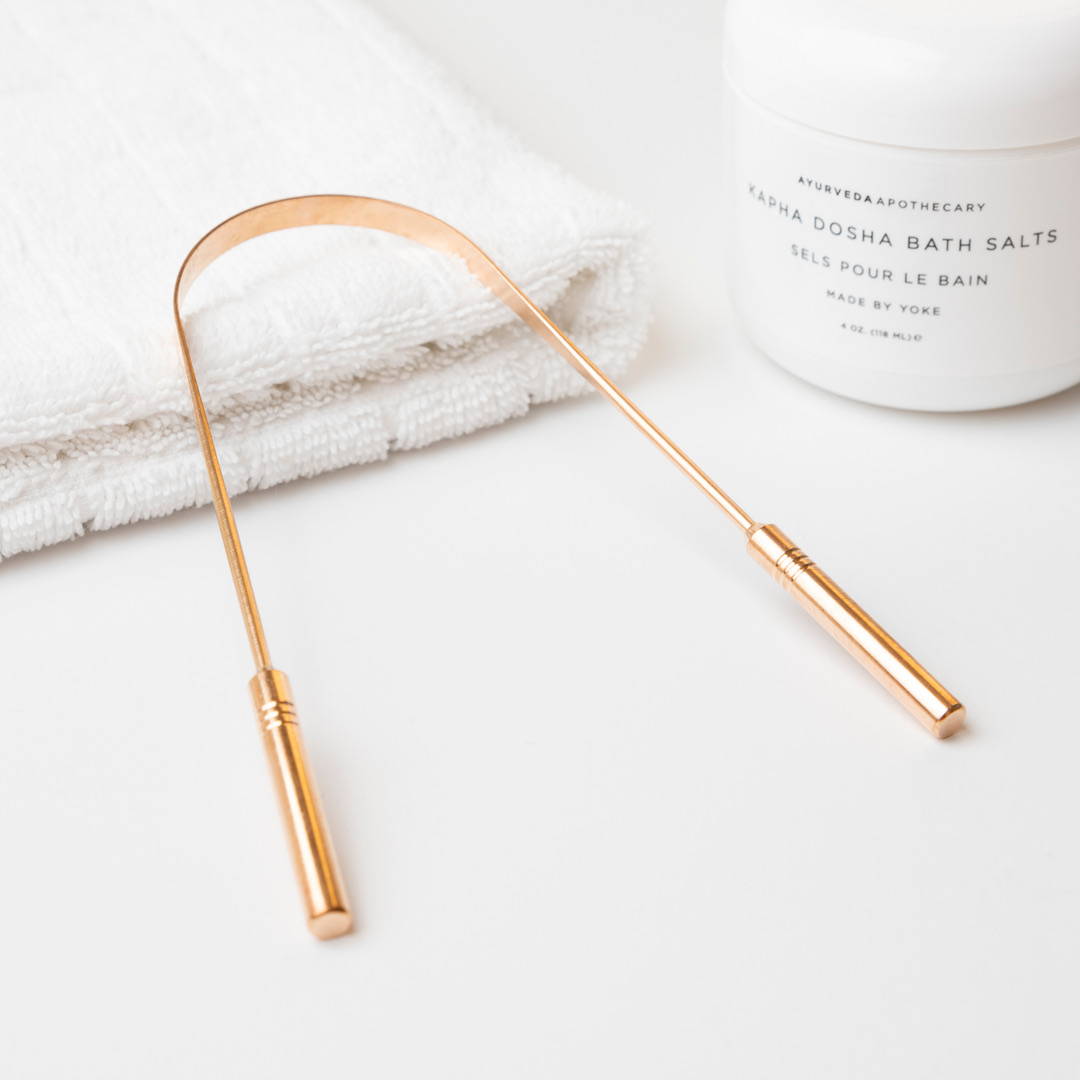 In Ayurveda, it’s incredibly important to brush your teeth - but it doesn’t end there. It’s equally as important to use a copper tongue cleaner.

While here in the West, we often assume that tongue fuzz is just a normal part of waking up, Ayurveda says this isn’t the case. According to Ayurveda, this stuff is a buildup of ama - toxins and unwanted material - that builds up overnight.

There are a number of benefits to using a copper tongue cleaner.

Tongue scraping is incredibly important. Make sure to pick up a copper tongue scraper so that you can enjoy improved oral health immediately!

Back to All Paths Lead Within